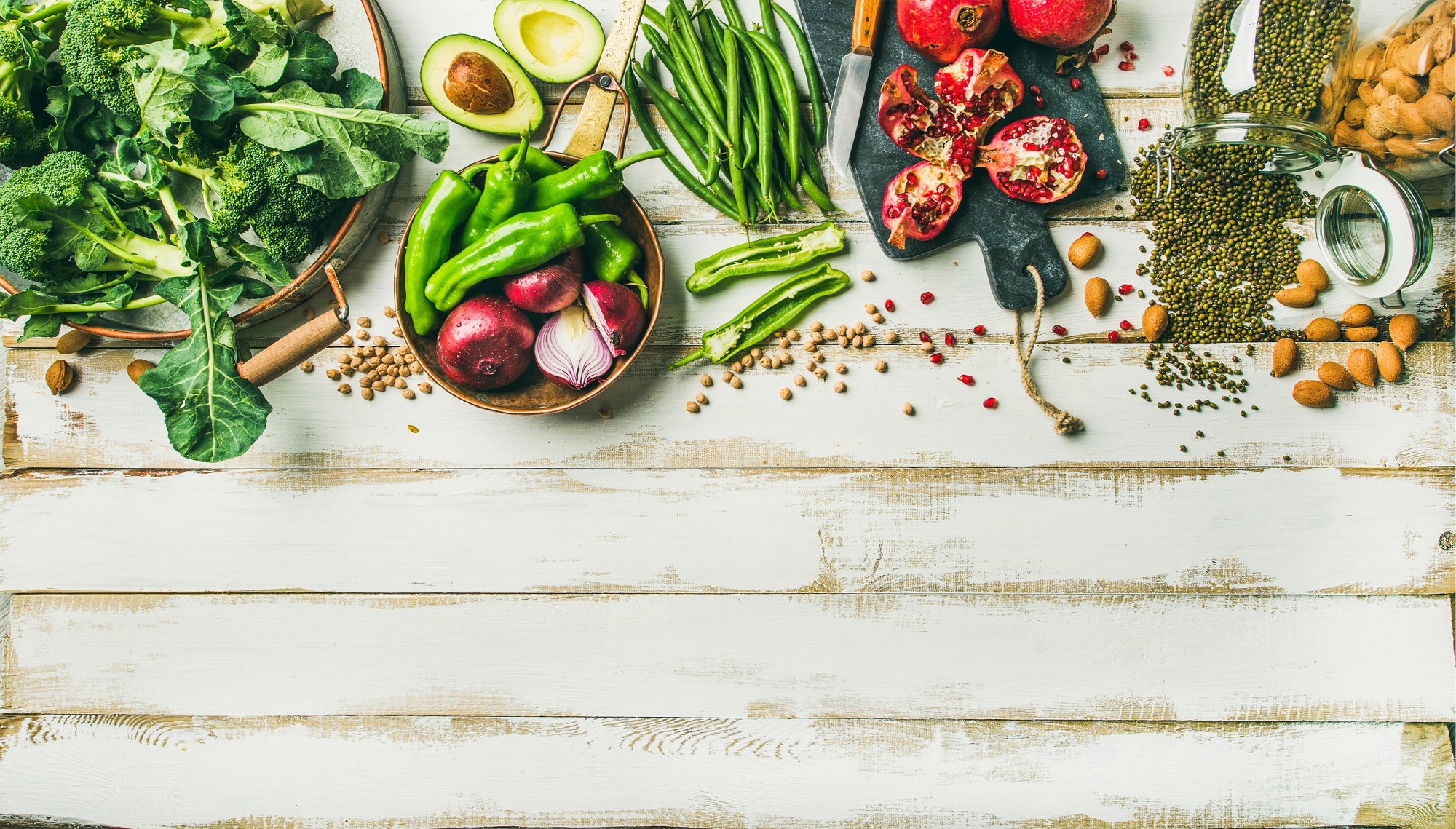 In 2018, the UK launched more vegan products than any other country, and one in three British people have reduced their meat consumption, or stopped eating meat entirely. As more people have adopted a plant-based diet, vegan dishes have become more widespread and popular, appearing on mainstream menus and filling bestselling cookbooks.

What is a vegan diet?
A vegan diet contains no animal products, including meat and fish, and also cuts out dairy, eggs and honey. Those following a vegan lifestyle will also often avoid products like leather, or any beauty and household products which are tested on animals.

The benefits of being a vegan
In addition to the health benefits of veganism, following a vegan diet is widely held to be better for the planet. In fact, researchers from the University of Oxford found that eating a vegan diet could be the single biggest way to reduce your environmental impact. Their study found that vegan eating could reduce an individual’s carbon footprint from food by as much as 73%.

But what about the effects a vegan diet can have on your body? Here are six ways going vegan could be good for your health as well as the environment.

1. Higher in fibre
Studies have shown that vegan diets can contain more fibre which is good for our heart and digestion.

2. Less saturated fat
Vegan dishes typical contain less saturated fats, which means that a vegan diet could help reduce your risk of heart disease. Vegans tend to consume fresh rather than processed foods too, which increases their fibre intake.

3. Staying trim
A vegan diet is often lower in calories, and the vegan focus on fresh, healthy food can have a positive effect on your figure. Plant-based foods are also easier to digest.

5. Migraine-free
If you suffer from migraines, a vegan diet could help ease your symptoms. Food is a common trigger for migraine attacks, and chocolate and cheese are well-known culprits. A vegan diet may contain less foods that could trigger a migraine.

6. Reduced risk of degenerative diseases
Eating a vegan diet will naturally increase your consumption of fruit and vegetables, which has been associated with lowering your risk of degenerative diseases such as cancer and heat disease. And thanks to our vegan-friendly range of vitamins, minerals and supplements, you can give your body the extra support it needs to stay healthy all year round.